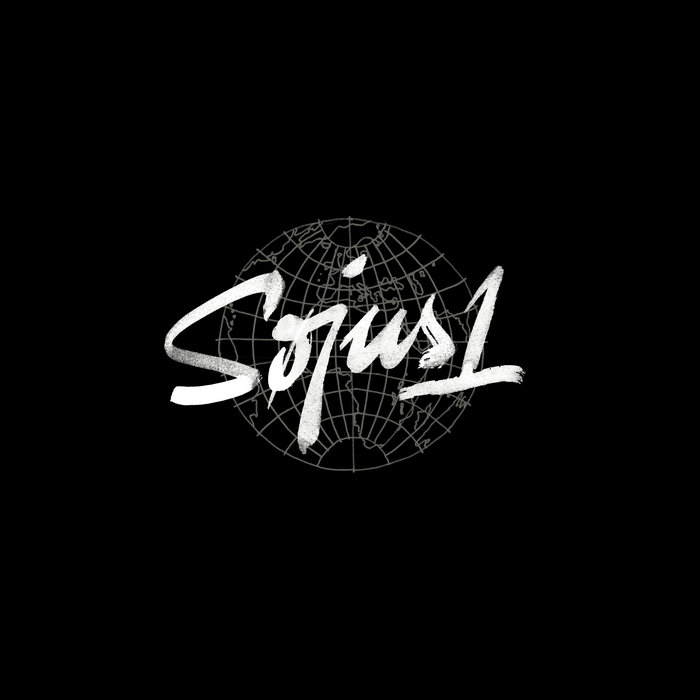 “Søjus1” is an album that begins with a departure. A mutual friend, suffering from a fatal illness and attempting to come to grips with his situation by writing prose and poetry, had invited to a farewell party and reading. That was when Ralf Müller and Simon Arnold met each other.

Ralf Müller is firmly rooted in the club music of the turn of the century. Going by the name of “Sonorous“ he released House music records, was booked around the world as a DJ and did remixes for Sinéad O’Connor, Dario G. and Heather Nova. Simon Arnold is a jazz drummer, playing as part of the Matthias Rethberg Trio at the time, and writing music scores for film.

In a way, the musical genres of Techno and Jazz collide in the form of these two men. Five years later, however, the result has very little to do with either of them. “Søjus1” unfolds a screen upon which traces of Miles Davis, Pink Floyd and Can emerge, clever pop songs spring up and crashing eruptions take place — all amidst soundscapes from Ambient and Industrial, synths and piano, intricate drum patterns and voice samples. The packaging is a dirty sound aesthetic reminiscent of old-school Hip Hop, of Portishead, Massive Attack and DJ Shadow. As a listener, one feels and gropes one’s way through the analogue warmth of this record. It is almost as if one can physically touch the music and follow it to other places.

Ralf and Simon’s first encounter and the texts being read that night laid down the thematic concept for the album. It deals with the passing through different phases of human crises — from political dimensions of conflict and war through to the dual relationship of lovers and the existential engagement with oneself. The narration itself remains blurry and associative. Lyrics and the vocals in general are never at the center of the song on “Søjus1”. Noises, rhythms, instruments and samples function as insinuations and metaphors. Across the individual tracks, the listener follows an emotional arc of suspense, reaching its energetic climax on “006” and arriving at the quiet and peaceful endpoint of “018” that feels like the movie scene of a funeral.

The two musician’s initial intention had been to create an album from the poetry and prose of their now deceased friend. But with the process of its creation taking up three years, their own emotions and personal crises were bound to gradually seep into the music. “013” is the only track left on the album reminiscent of the initial approach. Everything else has been reimagined or reshaped. Thereby, “Søjus1” has unintentionally become an album about the traces and imprints a person leaves behind in this world. They don’t stand on their own. Instead, they overlap and amalgamate with those of others. They harbor causes, origins, and impulses that may only fully manifest itself in the life and work of others. In the case of “Søjus1” they are being turned into music — orbiting a broken earth like a satellite, translating its all-encompassing perspective into a restless chain of associations of rhythm, sound, and text, binding them all together in a sad and opaque beauty.

Bandcamp Daily  your guide to the world of Bandcamp